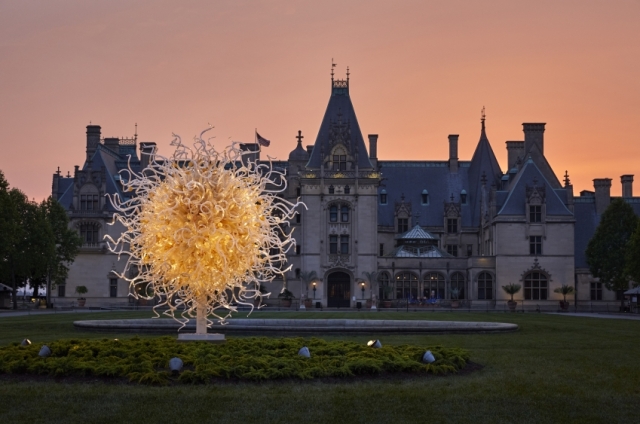 Early in May, my son and I were able to accompany my husband on a business trip to North Carolina. We were able to stay with close friends that had moved from Seattle to Waxhaw several years ago. While there, she wondered what I wanted to do most…visit the Biltmore Estate & Gardens was my first request! I’d heard about it and seen gorgeous pictures, but never had the opportunity to visit. I had suggested it to a friend who was in the area, but she responded she didn’t want to go to a “mansion that slaves built” – this statement got me curious as to the background of the American historical monument. During my research, I came upon an article, More than Biltmore, written by Mark Derewicz for Endeavors – Research & Creative Activity at University of North Carolina-Chapel Hill. The article states that Vanderbilt and black leaders during the 18th century worked TOGETHER to establish many things including what would eventually become the YMCA:

“In fact, on the corner of Eagle and Market Streets in downtown Asheville there’s a large historic building that houses the Young Men’s Institute (YMI), which has been an educational, recreational, and cultural refuge for African Americans since 1893.

And it probably would never have existed, Waters says, had black leaders and Vanderbilt not worked together.”

Later in the article it discusses how Waters, a freed slave turned entrepreneur worked for and was paid by the Biltmore House during the construction phase:

“On his first day researching the YMI at the Biltmore Estate, Waters mentioned to the archivist that his great-great-grandfather had probably been a freed slave who moved from South Carolina to Asheville in 1850. Waters’ great-grandfather, Louis Waters, had owned an apple orchard in Edneyville. But that’s about all he knew.

For the heck of it, the archivist did a quick database search for Louis Waters. She got three hits — handwritten letters from the 1890s that Louis Waters sent to Charles McNamee, Biltmore’s manager. Turns out, Waters’ great-grandfather had a business and hauled debris off the estate during construction of the Biltmore House. In one letter, Louis asked for his pay in advance so he could buy a team of horses. In another he asked McNamee to renew his contract.”

I highly encourage you to read the article in its entirety. Once I had for myself found out the background information about Vanderbilt and the Biltmore, I felt that I could go to the estate with a clear conscience.

I was extremely stoked to be able to visit just the Biltmore, but then I realized that Chihuly had one of his glass exhibits there as well. What a treat! The mixing of Châteauesque architecture with modern day, blown-glass artwork was an overload for the senses. 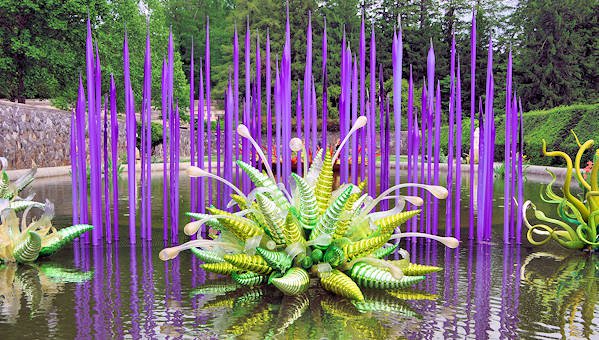 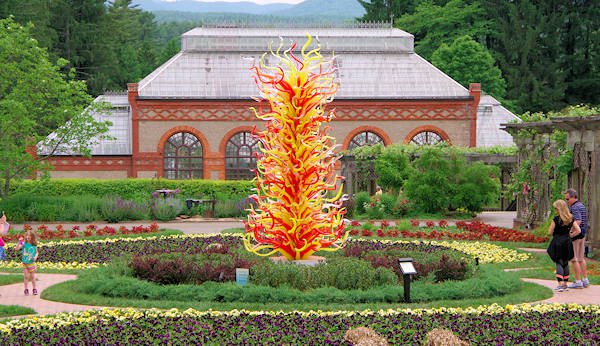 After touring part of the estate, we decided to venture out to the gardens. However, we got caught in a major downpour. We ran as fast as we could to the conservatory for cover. 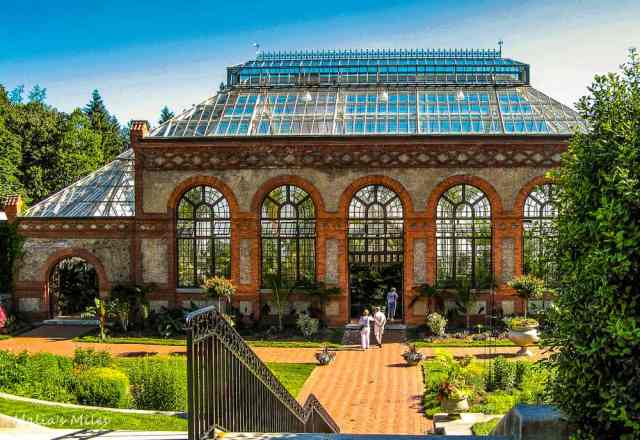 Below the conservatory is the garden store, I asked one of the associates what was the Vanderbilt’s favorite plant and she quickly responded that they had records of receiving over 800 different varieties of orchids – some only costing $2.99 at the time. Their love affair with orchids was one I can deeply appreciate. As the website states:

“Today, Biltmore’s orchid collection contains approximately 600 plants. The staff has spent time carefully researching and procuring some of the same varieties contained on Vanderbilt’s original list. Marc Burchette, Biltmore’s Orchid Specialist, assisted his co-worker Jim Rogers with tracking down the heritage varieties and worked with a commercial grower to procure more than half of the plants contained on the archival list.”

What an absolute dream job to research, procure and archive orchids!

It is impossible to pick a favorite when it comes to orchids or any flower for that matter. The one that was fascinating to me was this almost blue orchid; as blue is an uncommon color to come by in the gardening world that is natural and not dyed. I searched the internet trying to find this gorgeous plant’s name, but had no luck. So I have reached out to the Biltmore Orchid Curator to get more information and crossing my fingers that he replies to my email.

Touring the Biltmore Estate & Gardens will be an experience I will never forget and hope to one day see it when it is decorated for the Christmas season!

If you enjoyed this article, here are some others that you may find interesting:

Ever since I was a child, I remember falling in love with flowers. My first flower memory was being intrigued by the blooms of Bleeding Heart (Dicentra). Love of nature and art led me into pursuing a degree in horticulture & landscape design. For 15+ years, I worked for different wholesale companies including Proven Winners, Spring Meadow Nursery (Proven Winners ColorChoice Flowering Shrubs) and Zelenka Nursery. Then in 2013, I started my own business Flora & Fauna Media, which specializes in public relations outreach from social media to media publications. Now, I am focusing on being a Stay-At-Home mom and my writing career. I garden on less than an acre of property near Seattle, Washington. Making the most of my space was extremely important to efficiency, which led to removing lots of grass. Now, our property is a sanctuary filled with fruits (blueberries, apples, strawberries, raspberries, cantaloupe, fig and huckleberries), vegetables (kale, beets, peas, tomatoes, squash, potatoes, cardoon, zucchini, green beans, peppers, tomatillos and sorrel) and herbs (rosemary, chives, thyme, mint, oregano, lemon verbena, pineapple sage and sage). Growing our own food is an important mission to me and with a young child teaching is valuable knowledge to pass down generation after generation . If you teach a man to garden, he will eat for life! My husband and I love to cook together. We find new recipes and try them weekly. Wildcrafting has become a fun additional to this pastime. Harvesting stinging nettles or dandelions and making them into something that is edible and delicious is so rewarding.
View all posts by P.S. I ♥ Peas →
This entry was posted in Garden, Travel and tagged art, artwork, Asheville, Biltmore, Biltmore Conservatory, Biltmore Estate, Biltmore Gardens, Biltmore Orchids, Chapel Hill, Chihuly, Chihuly glass, Italian Garden, North Carolina, Orchid, Orchids, Vanderbilt. Bookmark the permalink.